So this is the pocket hose. I’ve seen them on commercials before, but they seemed kind of gimmicky. The other day Cailyn and I were in Home Depot looking for a hose and some other things, and they had them positioned right at the entrance. We bought one – we also bought another regular hose as a “just in case”, because they don’t exactly look sturdy. They’re a little bit more expensive than a regular hose, but at 30$ for a100ft it wasn’t a ridiculous splurge. It was certainly striking how much smaller and lighter it was than the regular “equivalent”.

We got the “Ultra” hose that was “3x stronger”, simply because it was the one that was there. Here it is after the first time we used it. 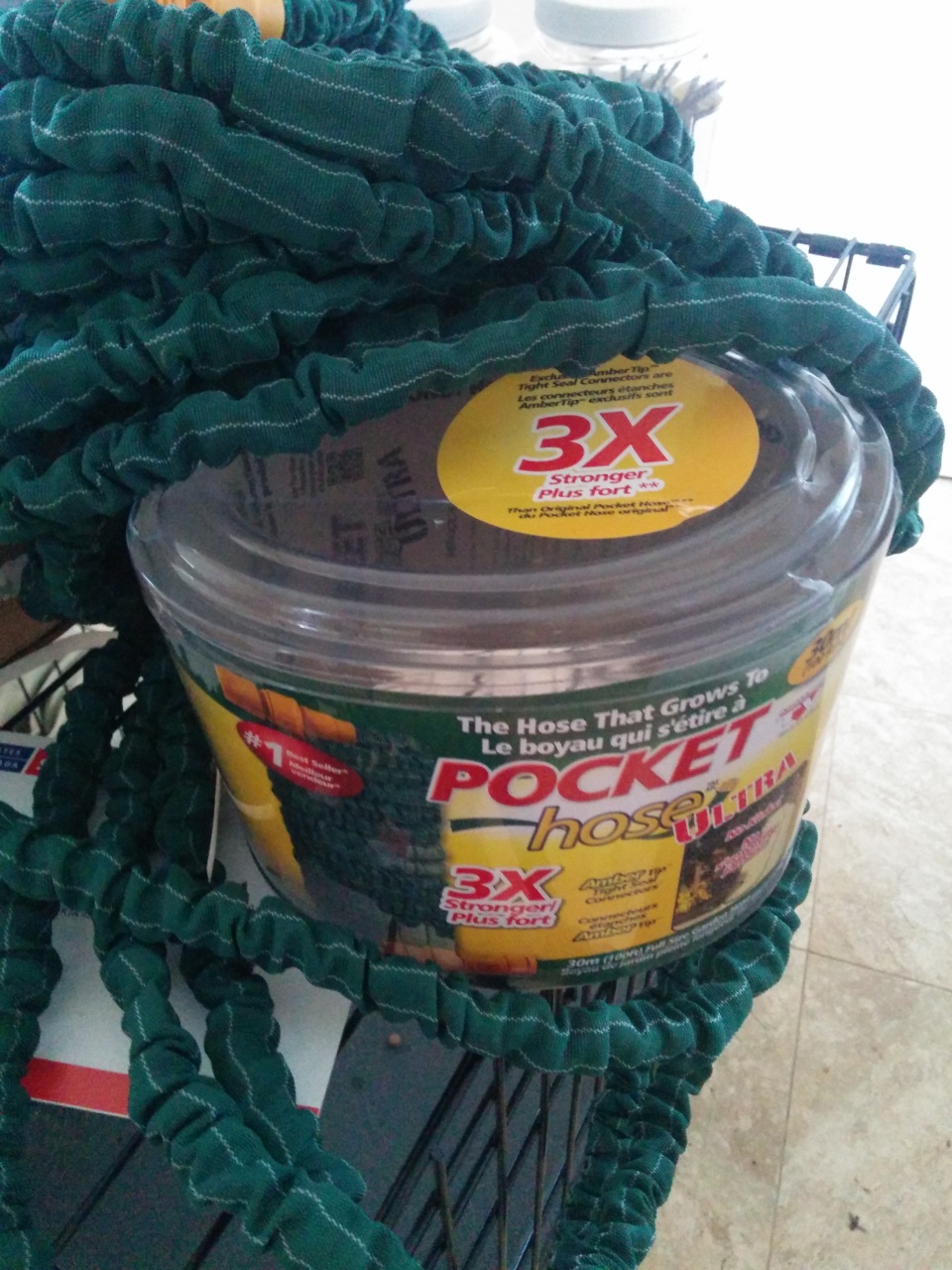 You can see that it doesn’t exactly shrink up to the same size, but it’s much more like a pile of rope instead of the regular hose material. It’s super light, and is markedly shorter when empty. 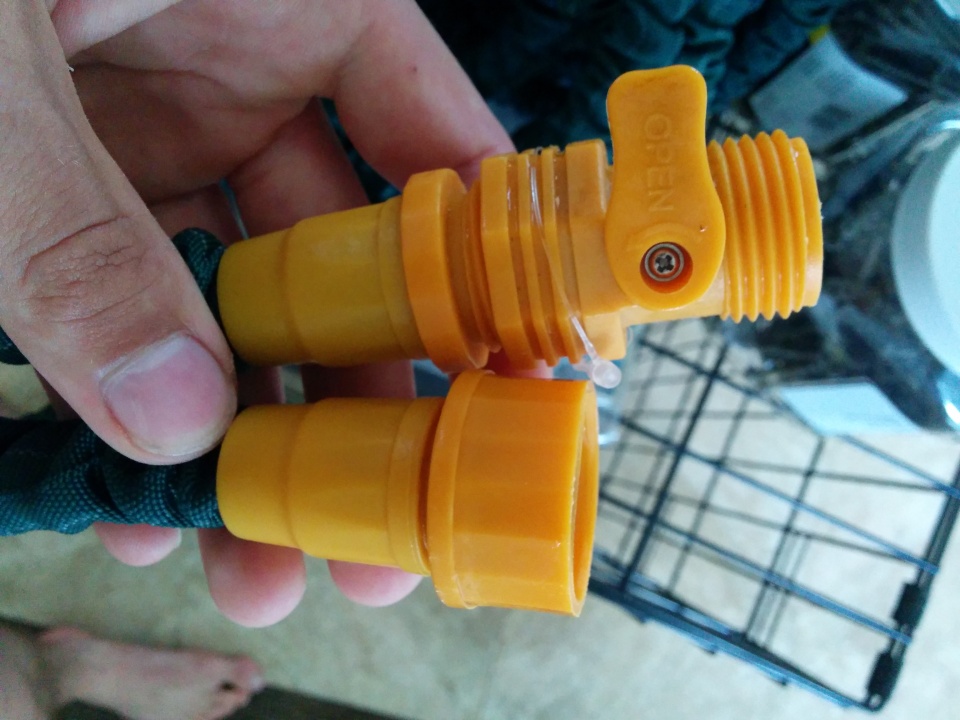 My first impression was not stellar. It doesn’t look bad, but the super cheap plastic fittings really turned me off. It’s nice that it has a ball valve so that you can turn off the hose without going back to the tap. That’s about where the complements stop for the hardware.

Luckily they’ve got a built in feature to keep these cheap plastic ends from failing. How do they manage that, you might ask? By making a product that is complete and utter trash. I’m now confident that the cheap plastic ends will outlast the hose 99 times out of 100, so I guess they spent the right amount on them? Here are some photos of the SECOND time we went to use the hose. The first photo is a huge leak, effectively rendering the hose useless. The water seeps out of the fabric as though it were a soaker hose. It seems like the stretchy bladder on the inside developed a tear. The second photo is a SECOND leak. Once again, we used this once, stood around and marvelled at how it expanded, turned off the water, and marvelled at how the hose forces the water out as it compresses. Admittedly that’s probably the most fun we’ve had watching a hose, but unfortunately that’s the end of the value of this product for us. 2 leaks the second time we go to use it? It wasn’t run over, it wasn’t abused, we didn’t play tug of war with it. We used it once. 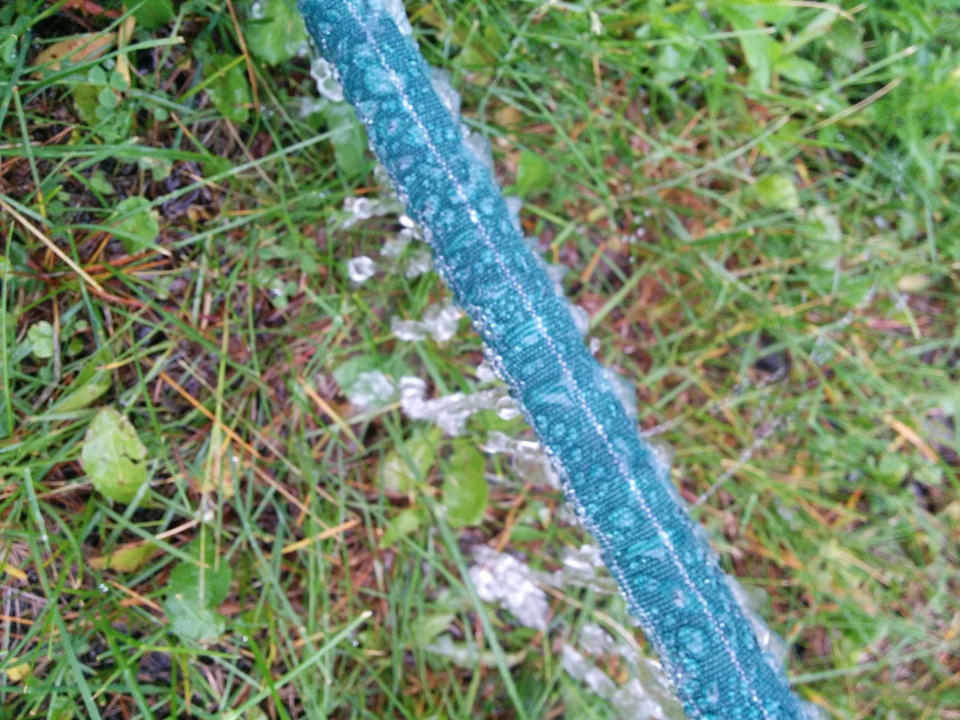 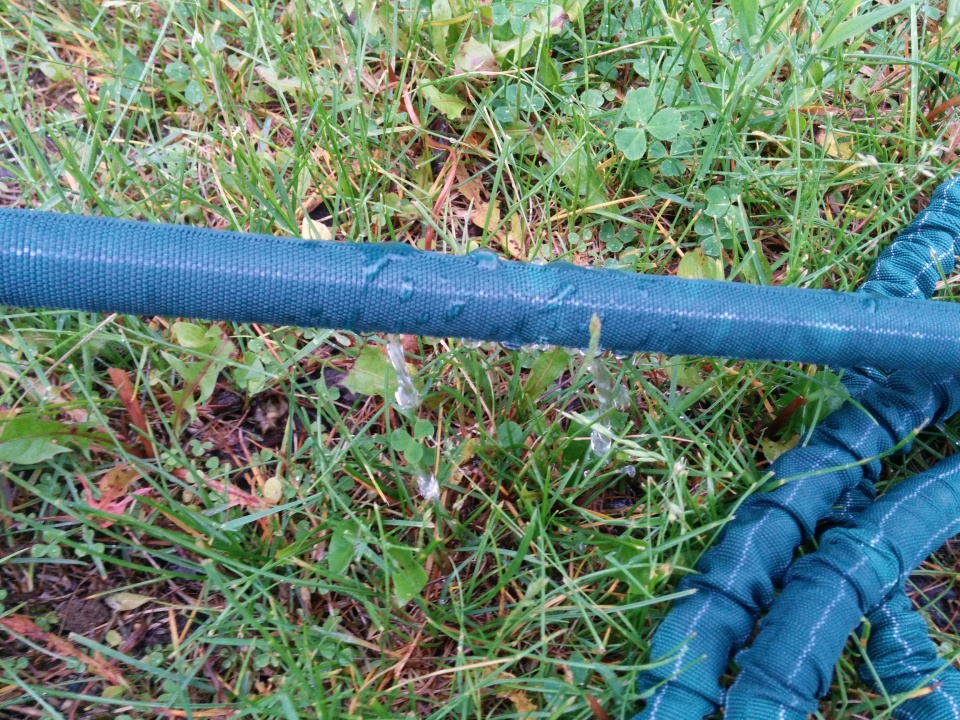 This one is definitely going back.