This was something that I was not expecting. The corrosion on the battery terminals was pretty drastic. Well, maybe not drastic, but it was visible and it didn’t look nice: 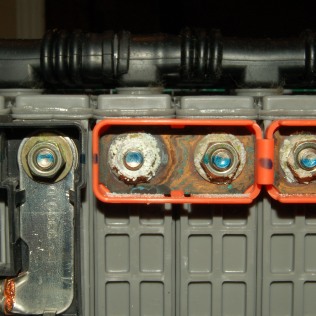 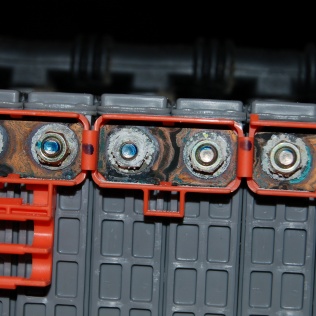 I took a handful of pictures, but it was pretty consistent over the entire battery. I had heard this was a big problem with the 1st generation batteries, to the point where some people only had to go this far to fix their “dead” battery. Clean the terminals, put them back on, keep the thousands of dollars in your pocket. My understanding was that this was addressed in the second generation batteries, but seems to still happen. Generally the negative terminal was in quite a bit worse shape than the positive, but this was all something on a side quest for me – corrosion on the contact was not what was keeping my Prius from running.

Luckily, the fix is dead easy. Add pieces to a tub, put some white vinegar in, shake it around a whole bunch. I think I also added some salt to abrade it a bit? It took a decent amount of shaking, and a couple cups of vinegar. After most of the corrosion was gone, I gave the copper plates a little scrub with sandpaper just for that beautiful coppery look. 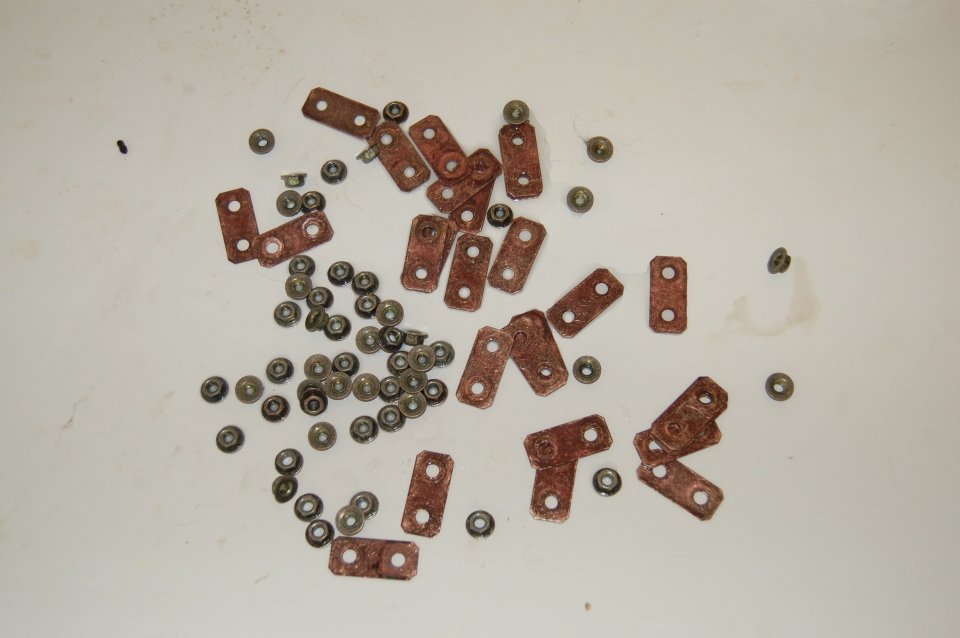 Sanding things was a bit of a pain, everything was so small… 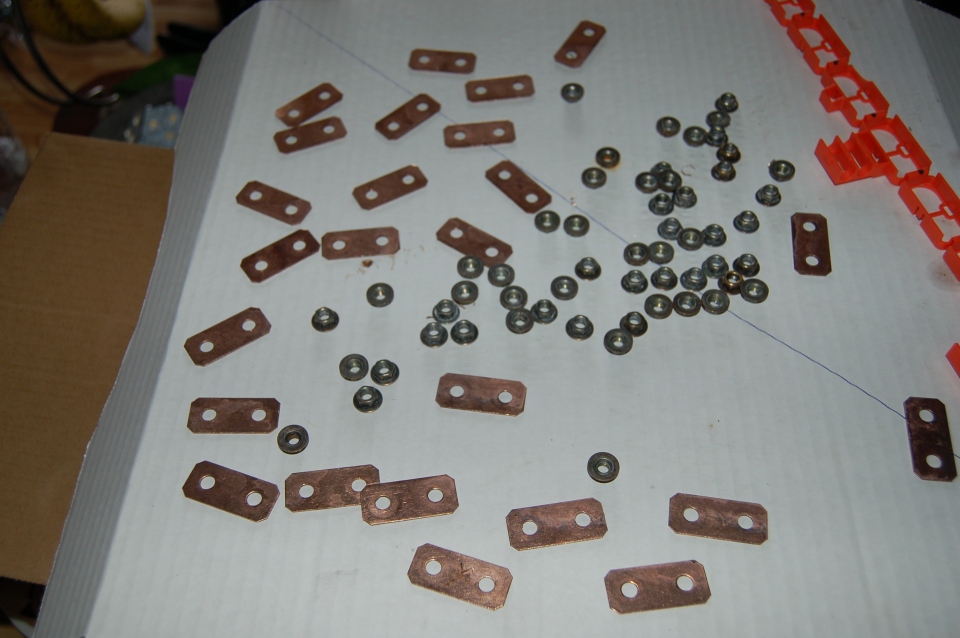 Drying on the table 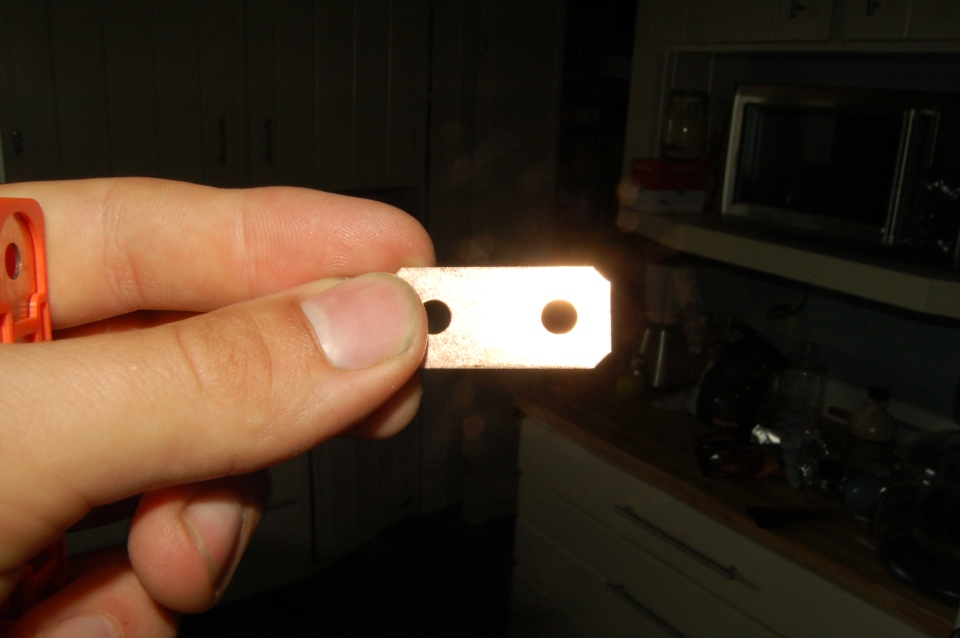 It looks so shiny and new! 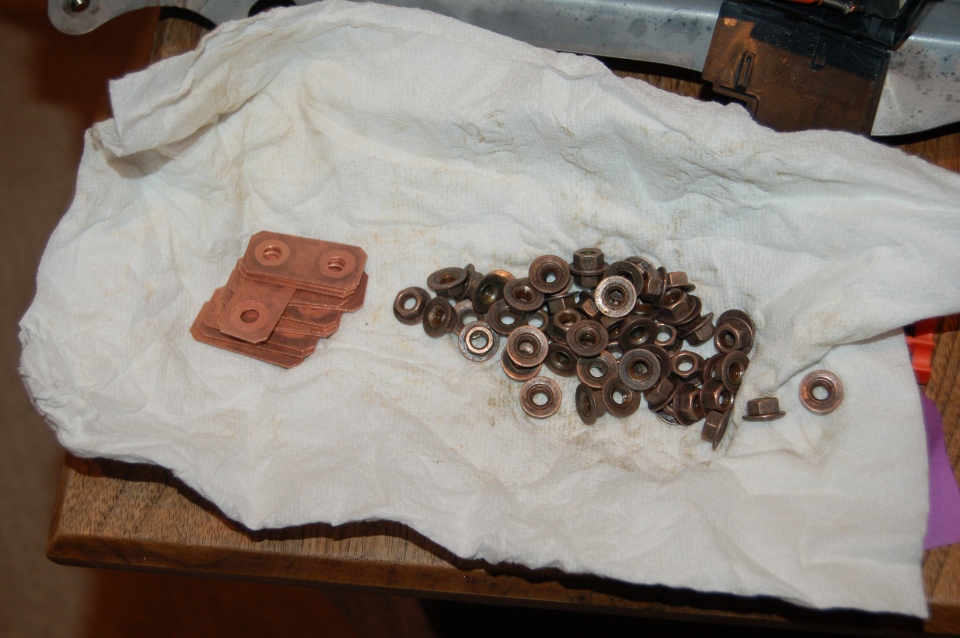 Here’s a before/after shot to make the difference abundantly clear: 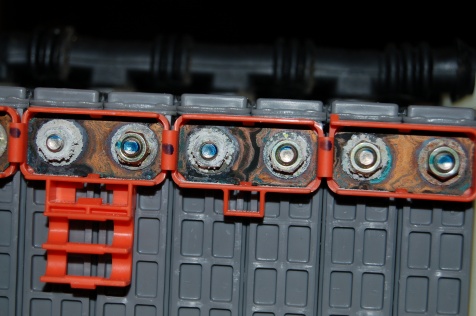 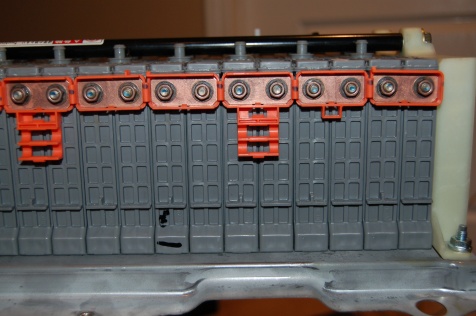