Ok, battery modules ordered, battery charger purchased, and power supplies cannibalized into an ungodly mess that would probably make an electrical engineer slap me… Next step! The considerations here are pretty simple:

Terminating at the charger end

We need to get all that tasty power from the charger to the battery modules. In my previous post, I suggested that I had purchased banana jacks because they sound hilarious (they sound like a cereal). That’s not the whole truth. For some reason, the battery chargers come with banana plugs as leads. I’m not exactly sure what this is designed to fit into, but I went with it. Additionally, the ports on the battery charger are banana jacks. 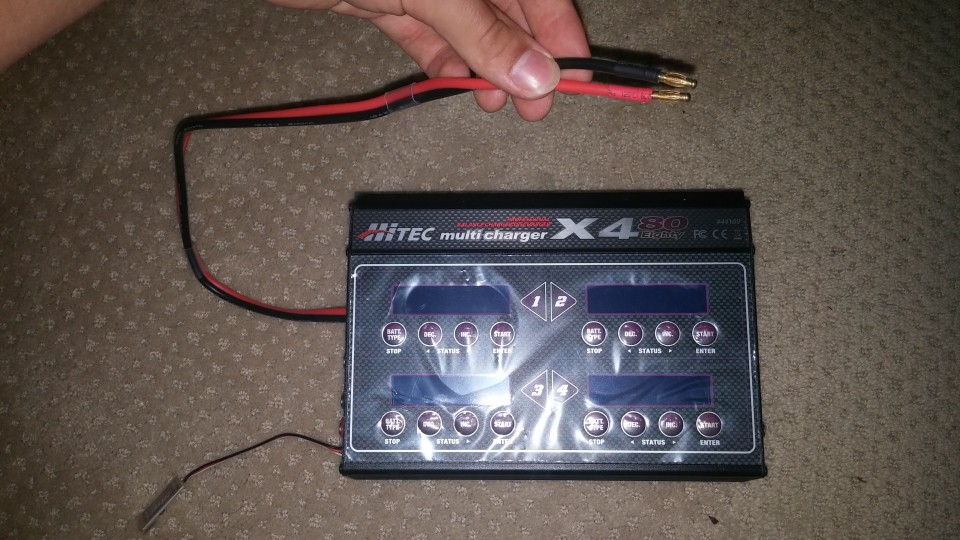 That meant that I had to be buying banana jacks and plugs anyways, so I may as well use them for myself. I bought a package of super cheapy cheap ones: 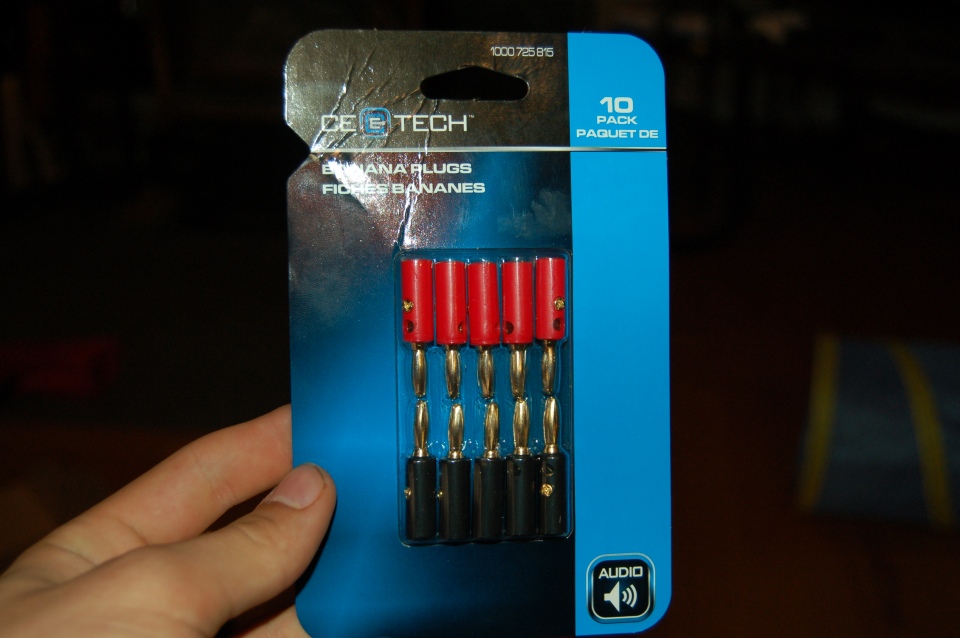 And a set of more expensive ones, that looked something like this:

For my purposes, they appeared identical. The difference with the “expensive ones” (I think it was ~15$ for 10, which is something like 3 times the price of the cheap ones) seems to be that they have a shroud that screws on to cover the screws that hold the wire in place. They’re also less obviously colored, because designing products with more nuanced indications of their functionality is a classic luxury goods move.

Either way, they both do the job, and they both fasten by the same mechanism:

The shroud seemed to be a bit of a pain, as it would loosen, but the actual connection seemed to hold more sturdily on the expensive ones. And voila:

Terminating at the battery module

What’s the best way to attach a lead to the battery module? Using the nuts that came off of it seems like a pretty good means. I got some appropriately sized crimp ring terminals and a crimp tool, and I was off to the races.

By virtue of salvaging scraps, I ended up with some stranded wire leads and some solid wire leads (can you guess which is which in the picture below?). Definitely solid wire is not the way to go for this. Fastening the connectors on both ends – crimping on one side and opposing screws on the other – was a pain. They just didn’t stay as firmly attached while I was moving them about. As you can see, I pulled apart some 16-3 wire I had lying around, so I used all 3 colors interchangeably. I relied on the colored banana plugs to keep track of things. 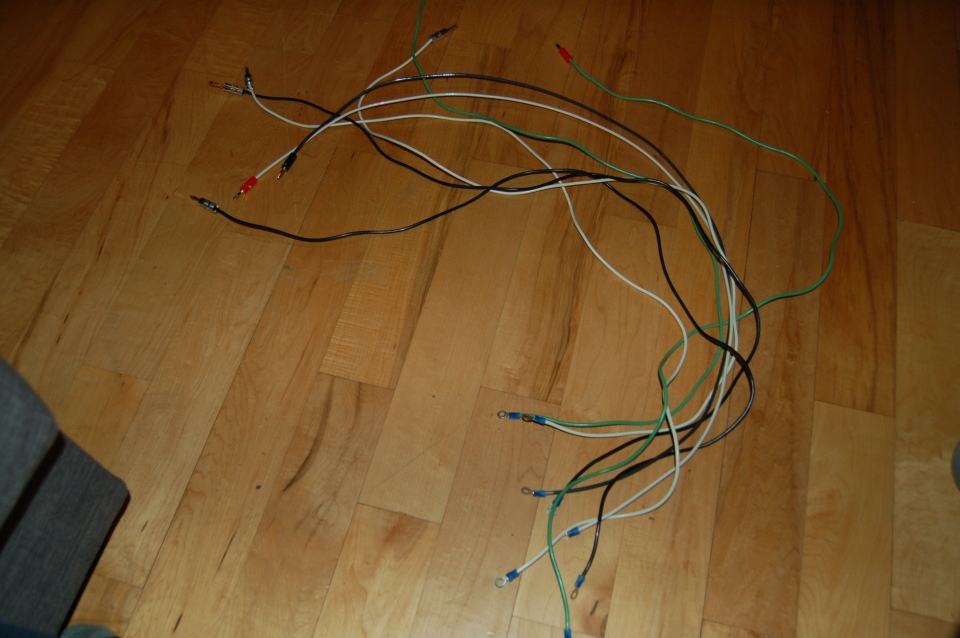 So that part was pretty straight forward, and went about as well as could be expected. I’m really happy with the attachment to the battery module – that worked out to be virtually ideal. Low cost, easy, and about as secure as possible.